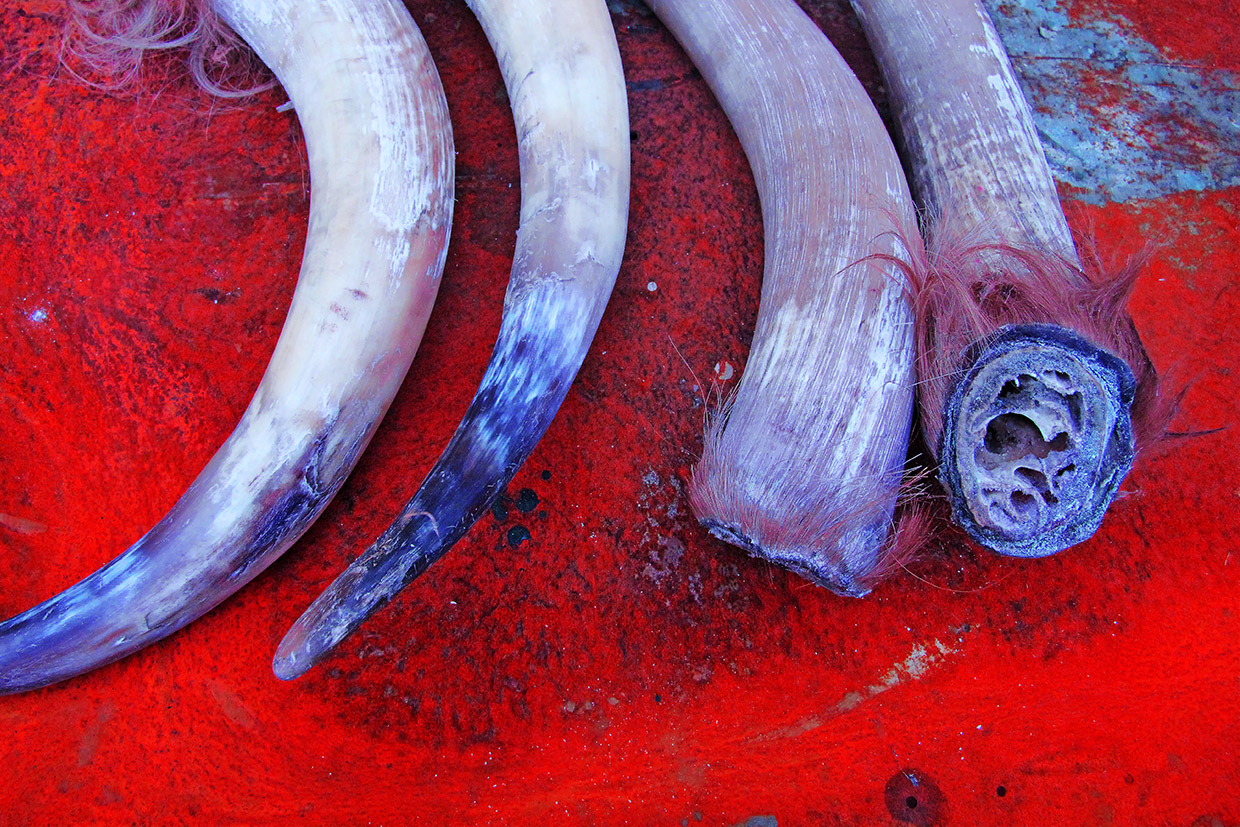 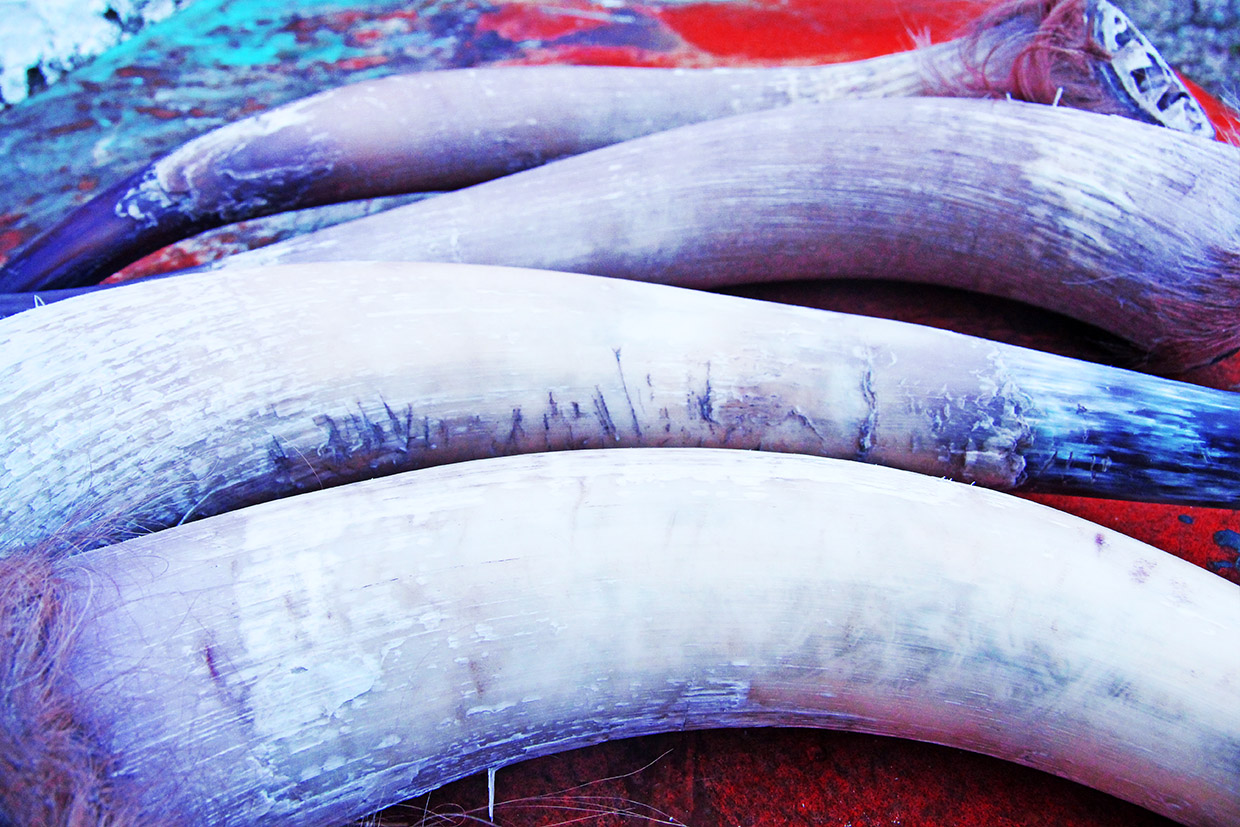 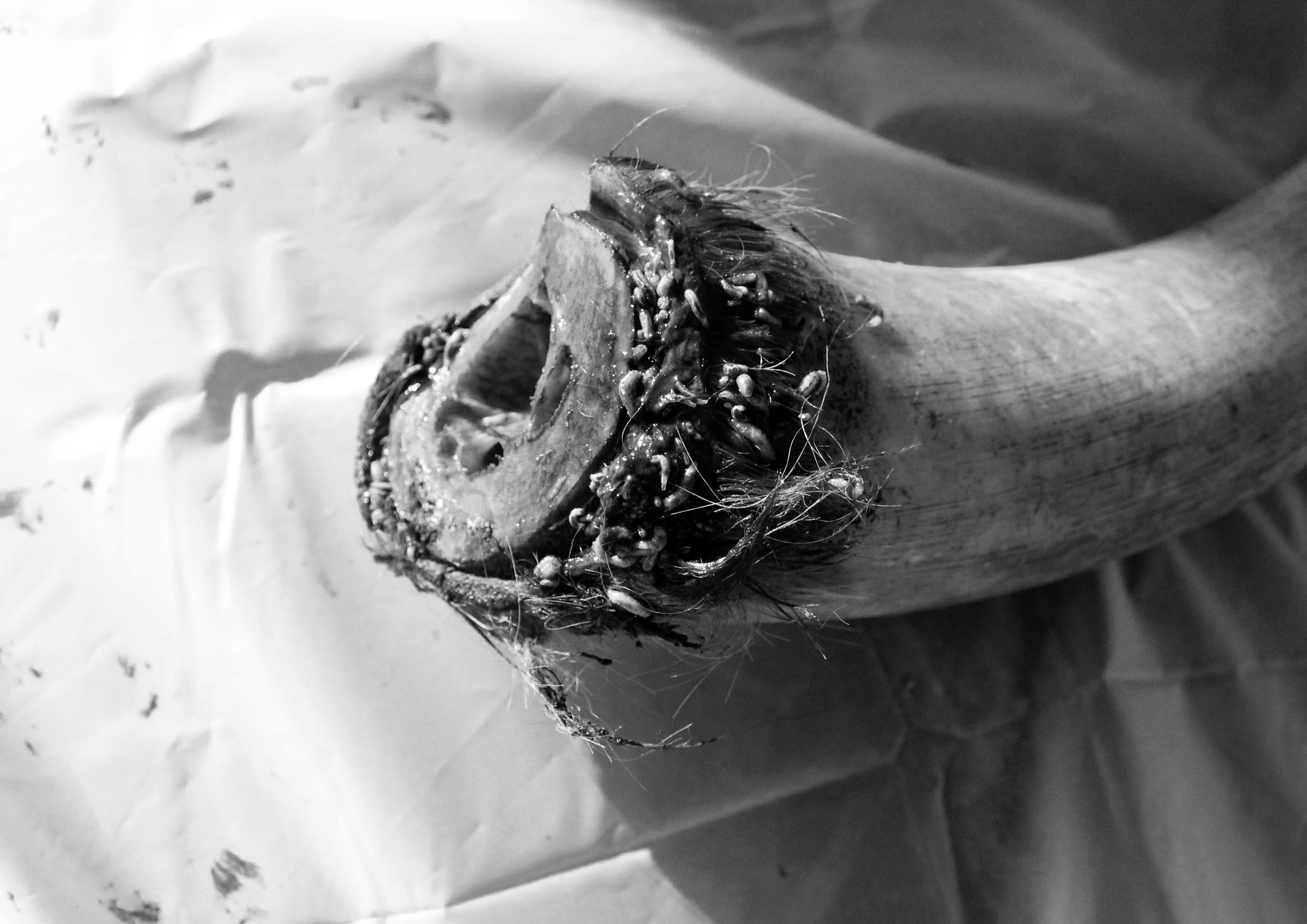 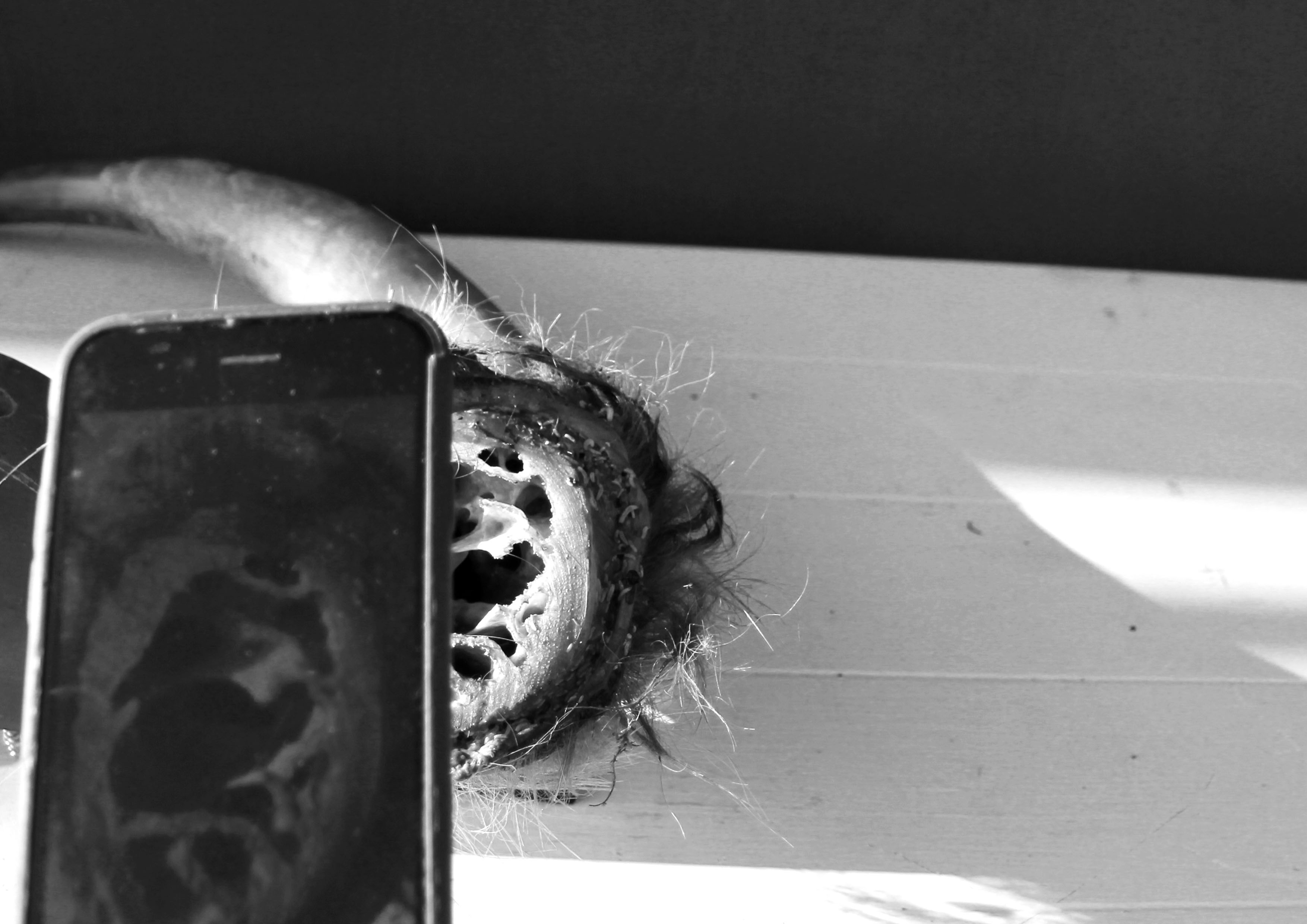 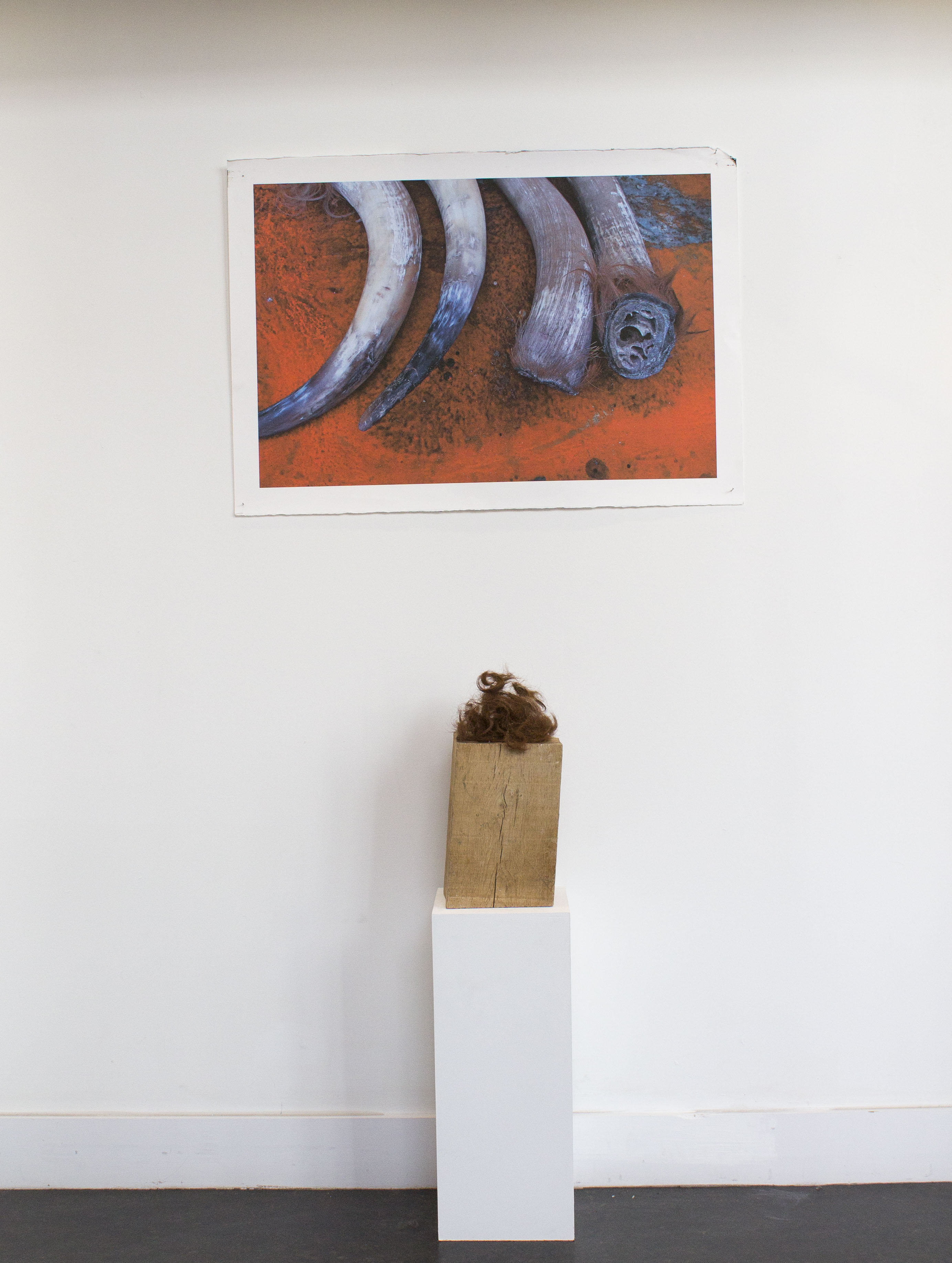 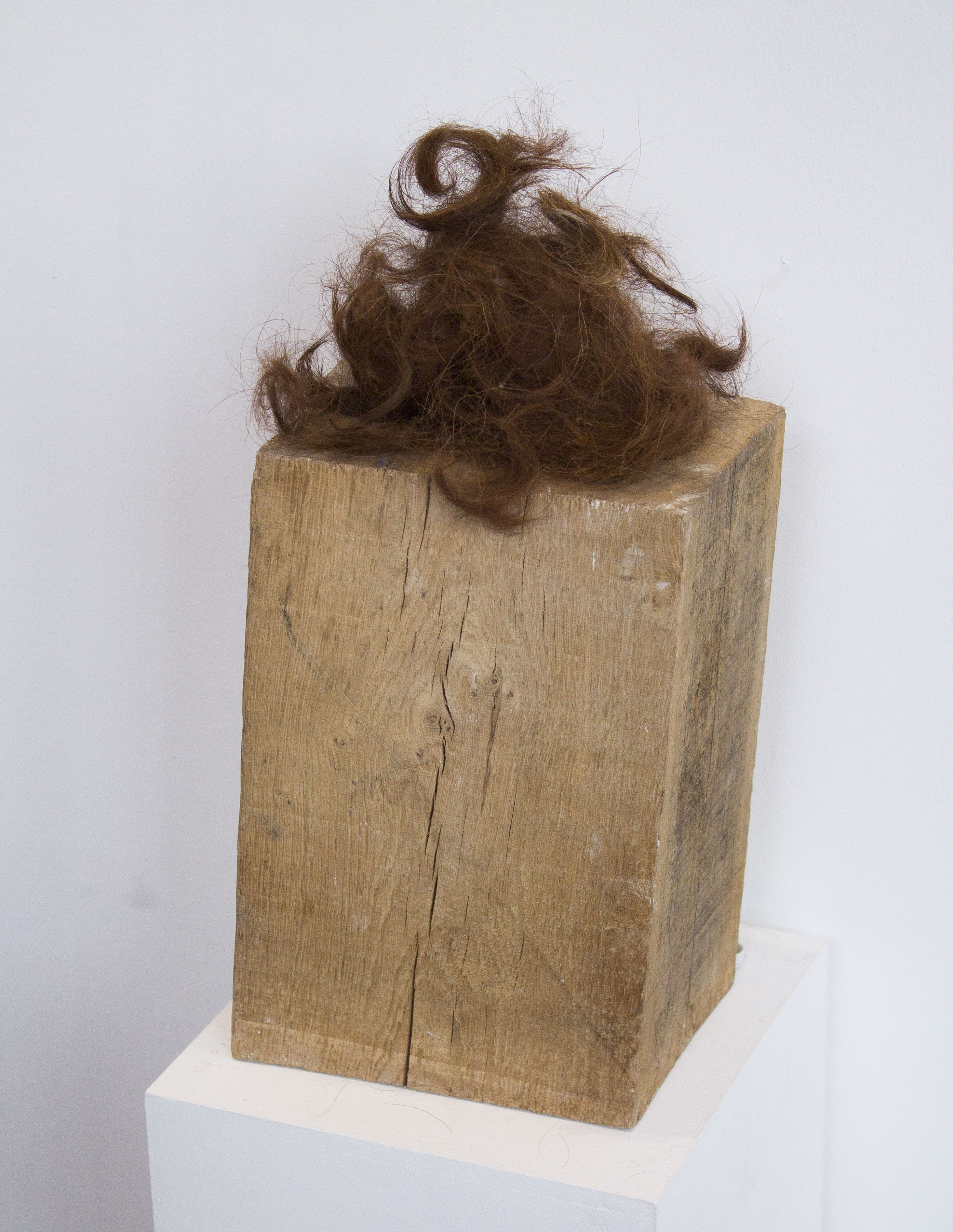 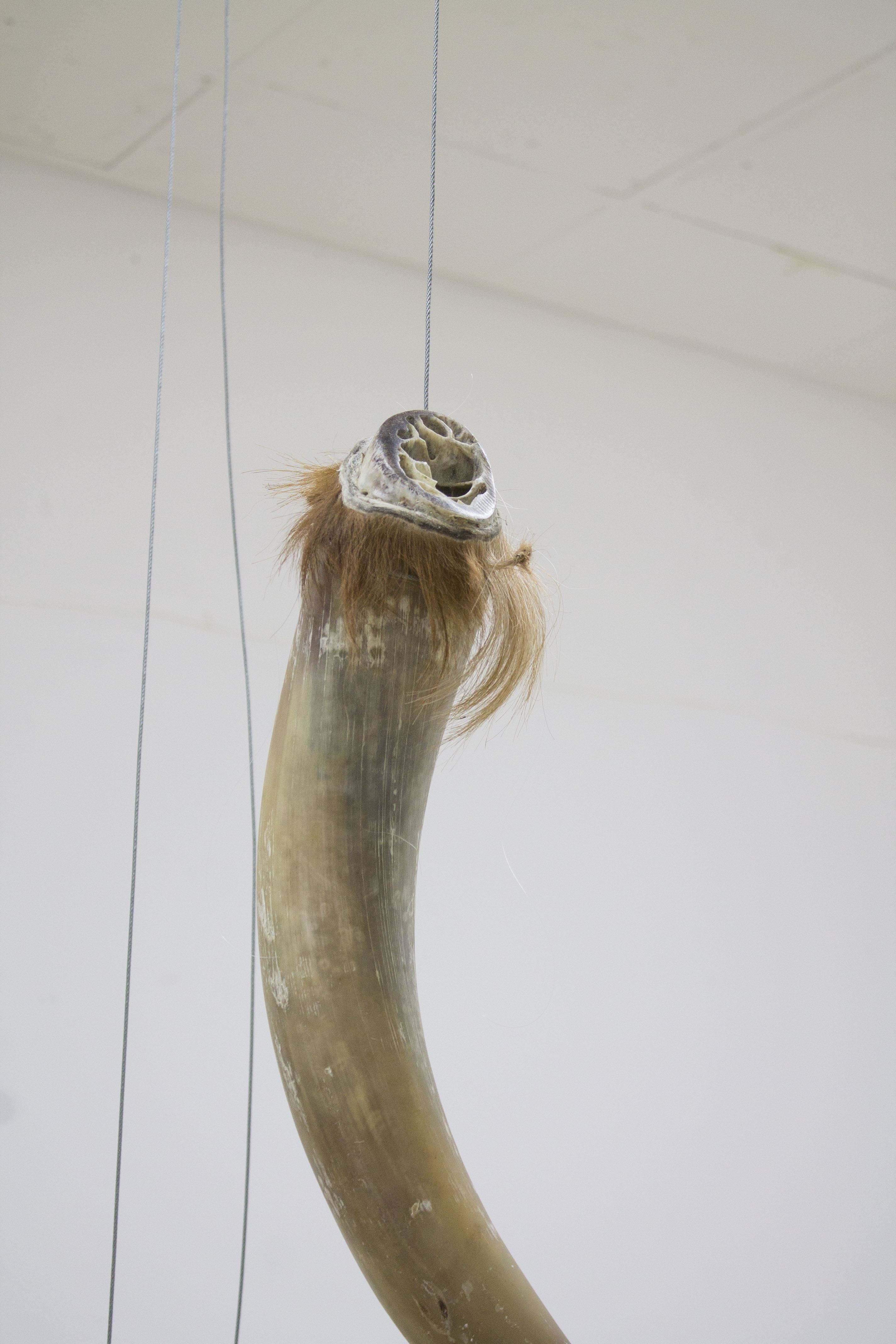 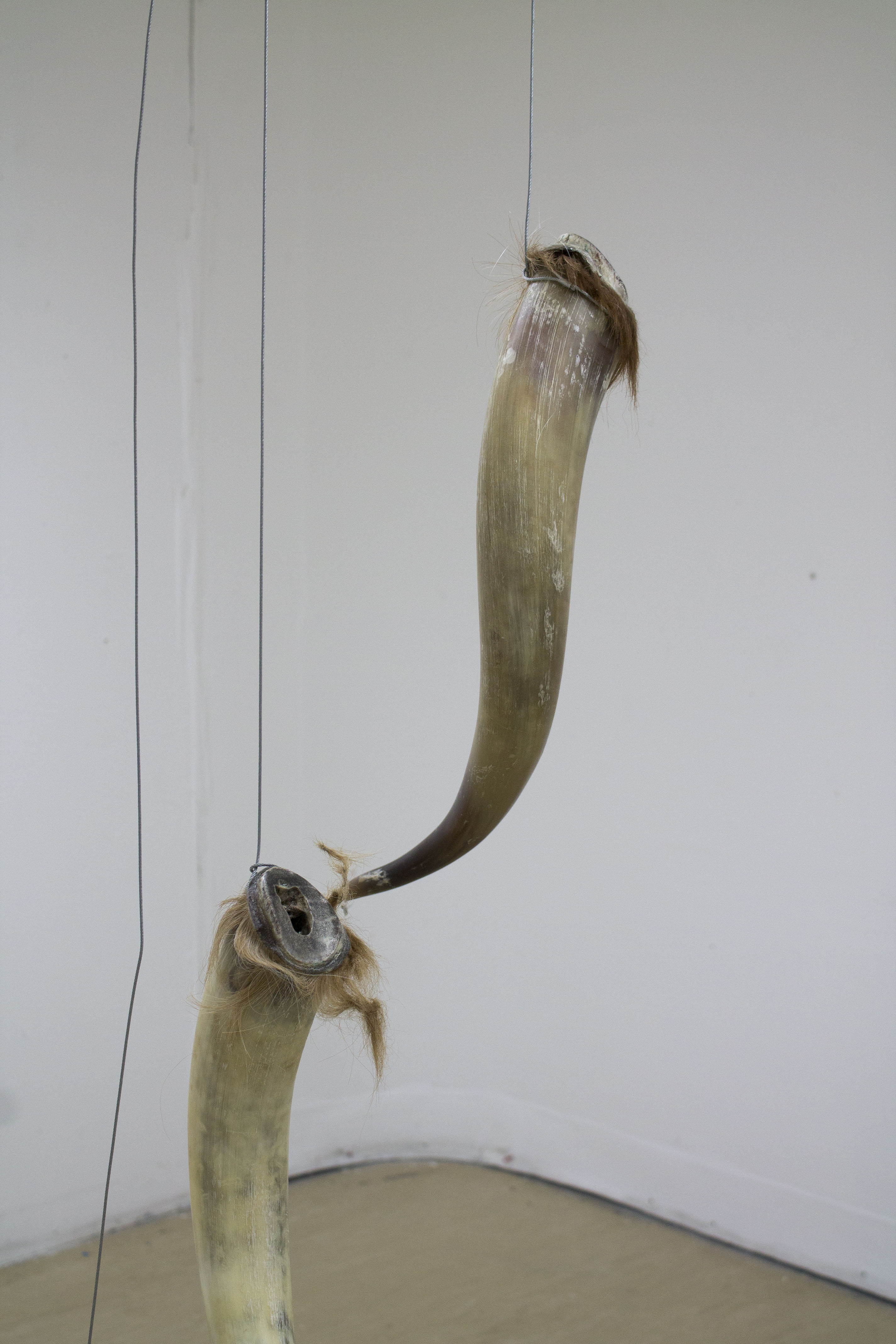 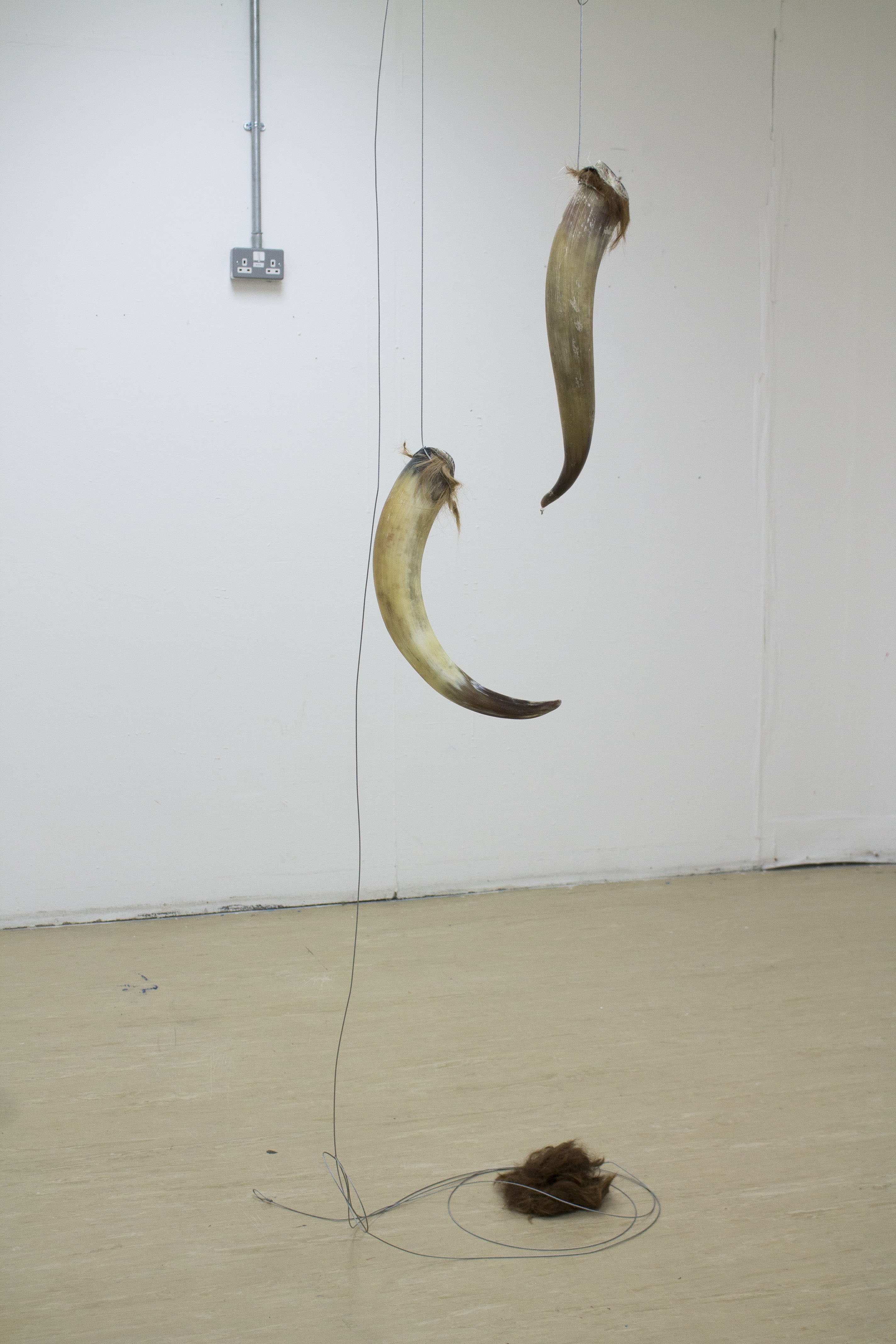 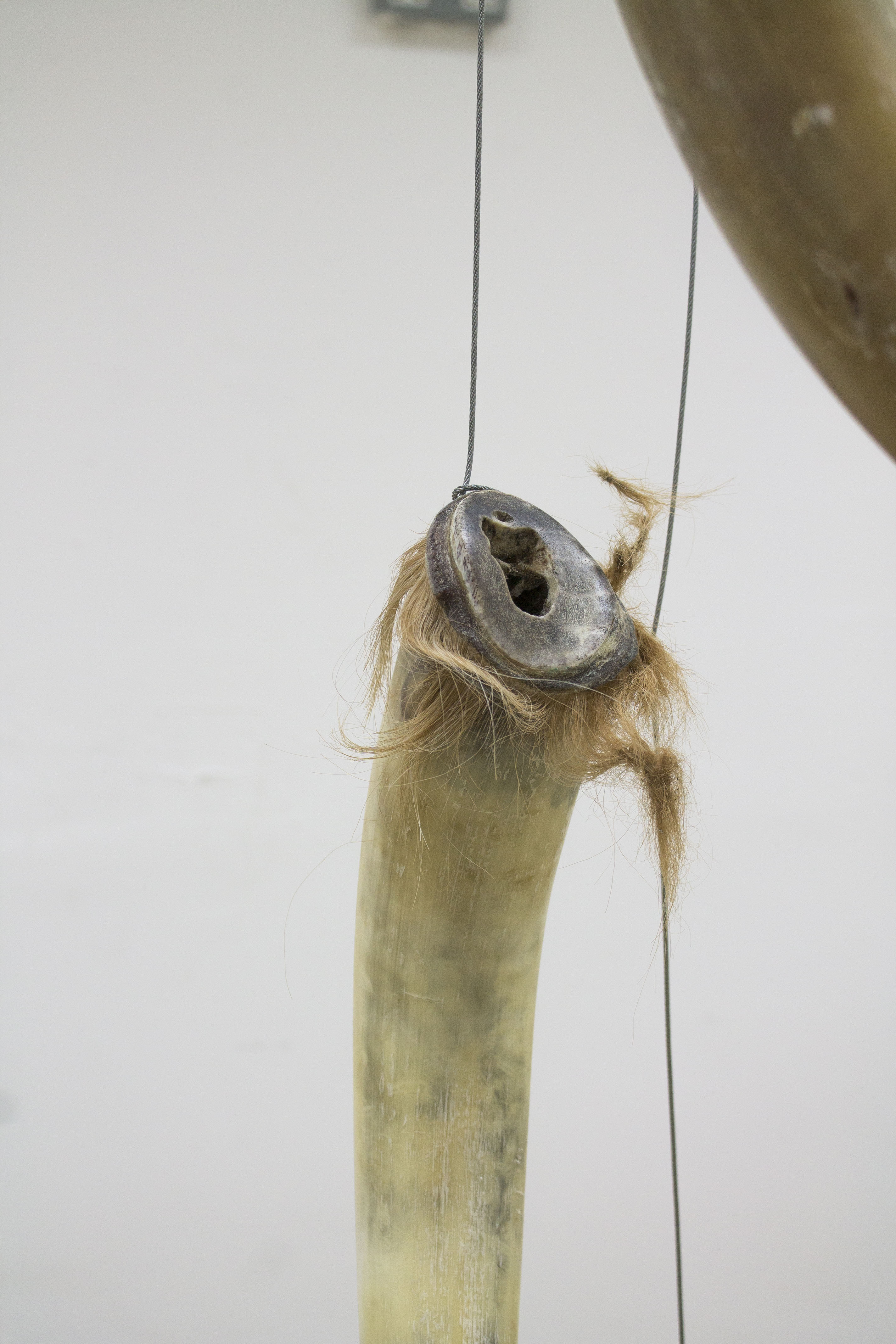 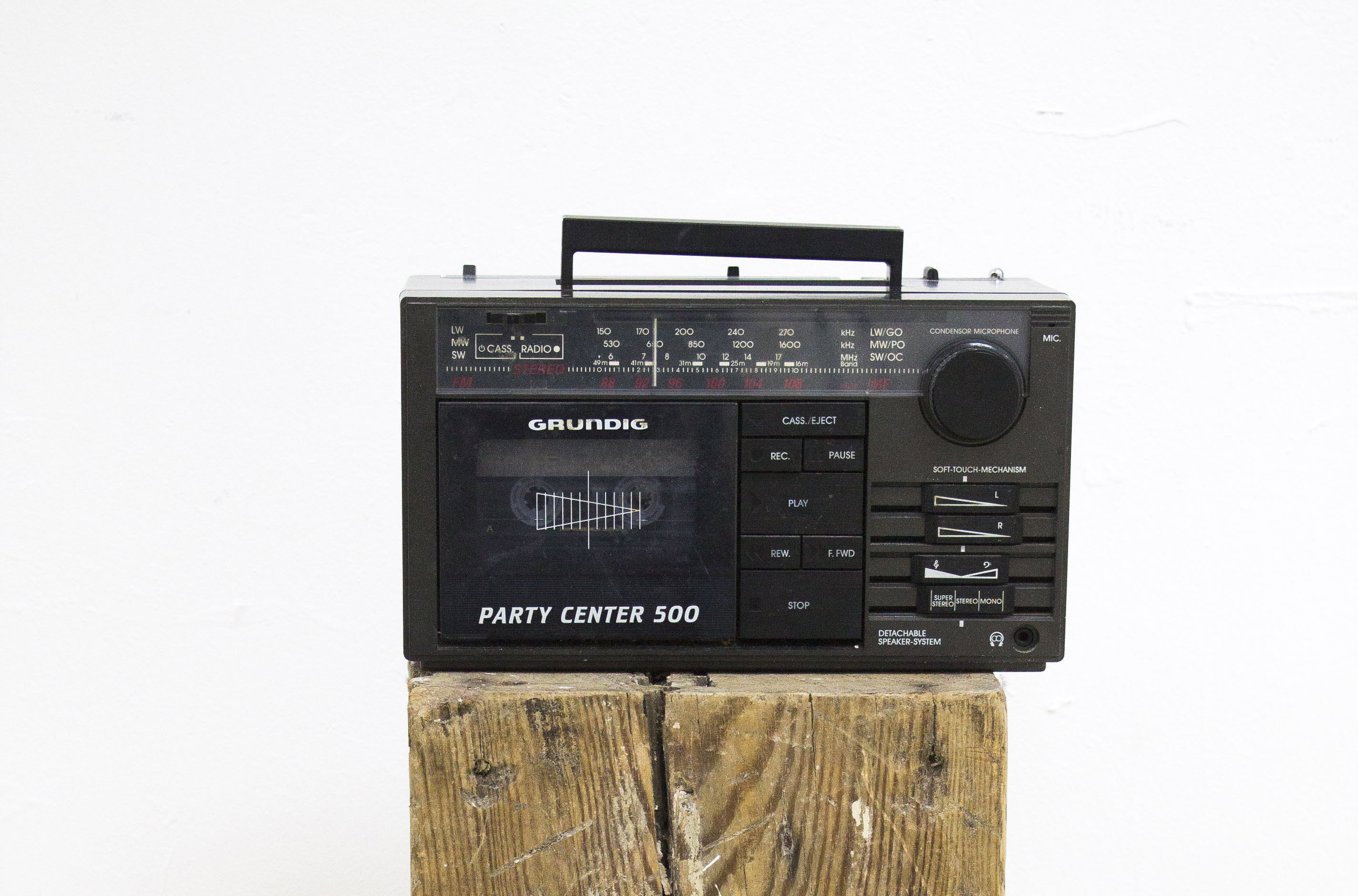 In the French surrealist magazine, Documents (1929 – 1930). Georges Bataille explored the word, Abattoir. Bataille believed that the killing of animals has become secularized – an act that was hidden behind closed doors, allowing humanity to occupy a numbed state of conciousness. Eli Lotar’s bleak photographic of the Parisian slaughterhouse, Aux Abattoir de La Villette (1929) opened the door to the unsparing realism of animal processing.  This installation responds to the word, Abattoir with four horns which were removed from the animal prior to its slaughter. The flesh and material around the opening of the horns has been preserved with salt, there is a strong juxtaposition between their beauty and their horror. This body of work includes; photography, moving image, installation and sound recording.