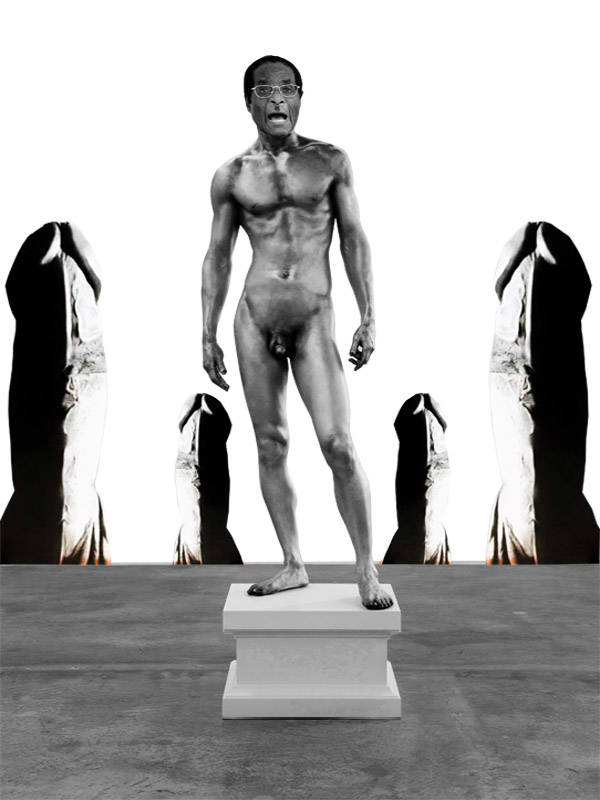 Informed by the effects of external colonialism as a means of understanding Zimbabwe’s evolution from liberal democracy to authoritarian regime, this work aims to consider the underlying adversity caused by imperialism. The 37 year reign of autocratic rule that ended last year by Zimbabwe’s president, Robert Mugabe could arguably be attributed to the pre-1980 colonial era when black Zimbabweans were forced from their homelands to accommodate white settlers. Although gaining independence and therefore becoming inconsequential to British interests, media coverage continues to focus on the atavistic memory of what once was. This piece of work investigates the arrogance of an Empire. Symbolically the phallic depictions rising up represent notions of superiority, power and pomposity. In contrast, the image of Mugabe deliberately identifies an inferior manhood, a view by many in the West of Zimbabwe’s inability to thrive post-colonialism.